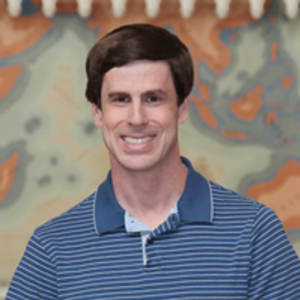 I consider myself a mathematical physicist and have worked on generalizations of the Segal-Bargmann transform and on 2-dimensional Yang-Mill theory. Lately, my interests have shifted to random matrix theory. Random matrix theory is a flourishing subject that crosses between mathematics and physics. It was initiated by the physicist Eugene Wigner, who proposed to use the eigenvalues of a large, randomly chosen Hermitian matrix to model the energy levels in atomic nuclei. Wigner’s first main result was the foundational semicircular law, which says that it the entries of a Hermitian NxN matrix are chosen as independently as possible (given that the matrix is Hermitian) with mean zero and variance 1/N, then for large N, the eigenvalues will have an approximately semicircular distribution on the interval from -2 to 2. Note that although the matrix is chosen randomly, the bulk eigenvalue distribution becomes deterministic in the large-N limit: it is always semicircular.

Random matrix has another important connection to physics in the field of quantum chaos. Suppose we consider the energy levels of a quantum system for which the underlying classical system is chaotic. Then physicists believe—although it is difficult to prove this sort of thing rigorously—that the energy levels will resemble those of a random Hermitian matrix. A fascinating (conjectural) connection of random matrix theory to mathematics says that the zeros of the Riemann zeta function behave like the zeros of a random Hermitian matrix.

Another basic result in random matrix theory is the circular law, due (in its simplest form) to Ginibre, with further versions by Girko, Bai, Tao and Vu, and others. Suppose we choose all the entries of an NxN matrix independently, with mean zero and variance 1/N. Then the matrix will (probably) not be Hermitian so that its eigenvalues need not be real. The circular law says that, for large N, the eigenvalues are approximately uniformly distributed over the unit disk.

To attack these problems, I have been using a PDE method developed with Bruce Driver and Todd Kemp. We show that the regularized log potential of the limiting eigenvalue distribution satisfies a PDE of Hamilton-Jacobi type, which can be solved using the method of characteristics.