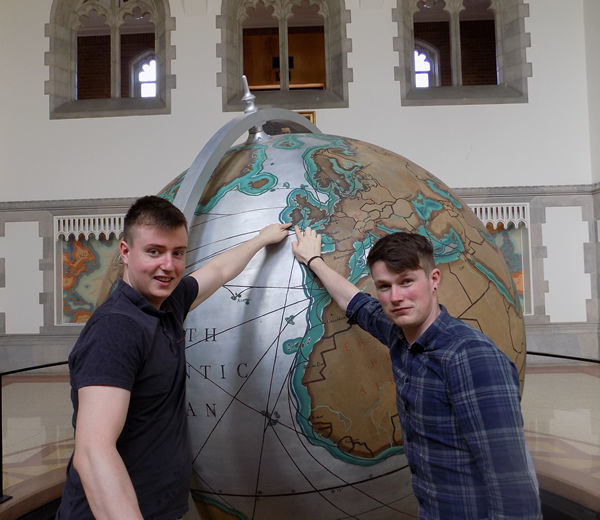 Congratulations to Patrick Heslin and Aaron Tyrrell, who have been jointly awarded the "National University of Ireland Traveling Studentship in Mathematics” for 2016. This year the scholarship honors both Éamon de Valera and the centenary of the 1916 Easter Rising. De Valera was a prominent politician and statesman in twentieth-century Ireland. He played an active role in the Easter Rising and in acquiring the independence of Ireland. Most importantly for this honor, de Valera was himself a mathematician in Ireland and the second Chancellor of National University of Ireland.